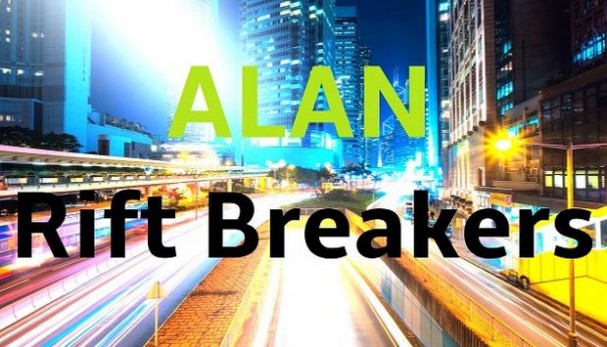 My name is Alex. I’m 8 years old. I am also a blond kid with green eyes. I live in Xodias City and I go to the school of Xorie. We are in February 2018. Right now, I’m in the yard because it’s the morning break. I watched Eloi and Bobby climb into the playground when, suddenly, I look at Nana, who stands a little further.

I look at Nana and I see her eyes widen in terror. She screams something, then the pain pierces my body. My vision blurred. I collapse on the ground. 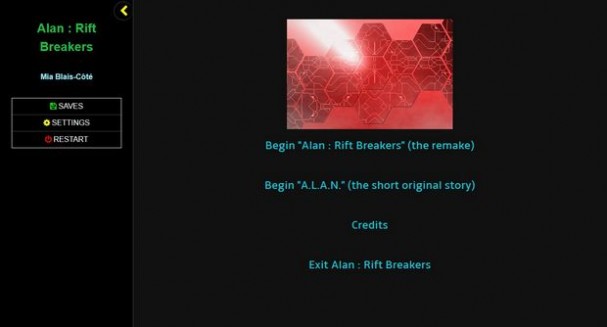 Alex thought he was a kid like many others, but that was before he became a Rift Breaker. Now, he must protect his city by fighting monsters coming out of “Rifts”, strange cracks of light, with the help of Lily, Nana and Aim\u00e9.Features

Two stories in one!

“Alan : Rift Breakers” is an linear story written with Twine and a remake of A.L.A.N. storyline. The story of A.L.A.N. was also adapted (Ported) in Twine and it’s available to read as well. The number of words for the two stories combined is 15 000. The original language of both stories is French. 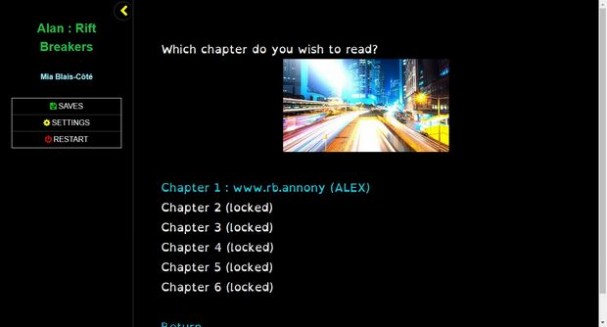