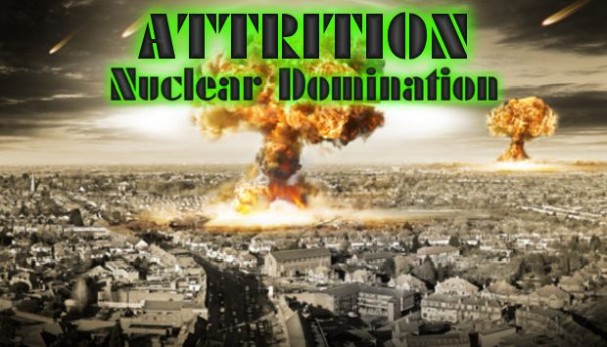 Attrition: Nuclear Domination is a 3d missile command style game versus up to nine other AI opponents. The game features resource collection, nuclear, and nuclear suppression devices. The player can choose to be any of the ten available nations. The game is based in approximately the 25th century where robots and androids have taken over some parts of the world. Some areas have become uninhabitable from WWIII and WWIV has just begun. 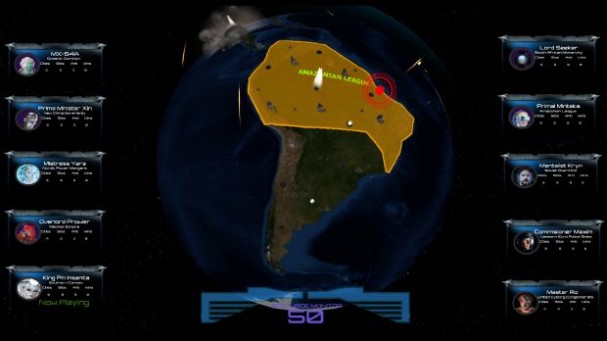 Use the first 20 seconds or so wisely especially in insane mode. Flip to the opposite side of the world and send gatherers to get resources there first. Hit space bar to return to home camera view. F sets to firing mode, R sets to defense mode. Left click gathers, fires nukes, and fires anti-ballistics.

20 resources per nuke. 10 resources per anti-ballistic. If you end up missing a lot it can get expensive. Enemy nukes are easier to hit when ascending or descending. You will miss more trying to hit them in planetary orbit. 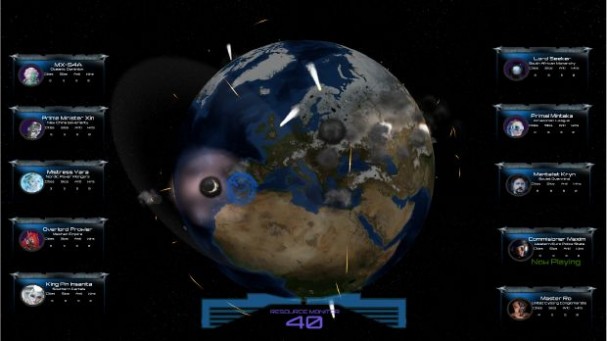