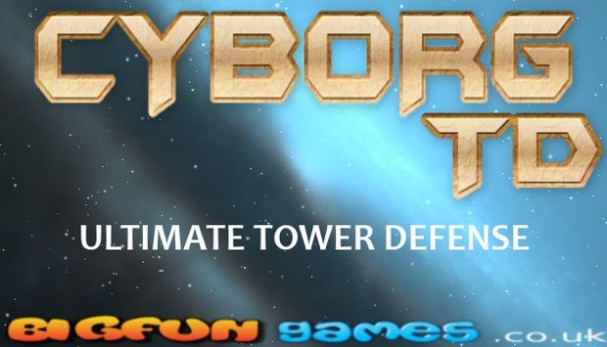 Cyborg Tower Defense is developed and published by Big Fun Games. It was released in 14 Apr, 2017.

Cyborg TD is a futuristic 3D Tower Defense Game set on board the U.S.S. Andromeda which is under attack from evil cyborgs who are determined to take over the ship deck by deck.

It features cool weapons, towers and special abilities with more than 1500 waves and 60 levels.

As the cyborgs fight deeper into the ship the waves become much longer and tougher. Towers can be placed anywhere but choosing the right tower in the right place is essential for victory. To help you there are special tiles to place towers which boost either damage, range or rate of fire. A special Super tile is sometimes available too which boosts all three stats. Four emergency special abilities can be used when primed. 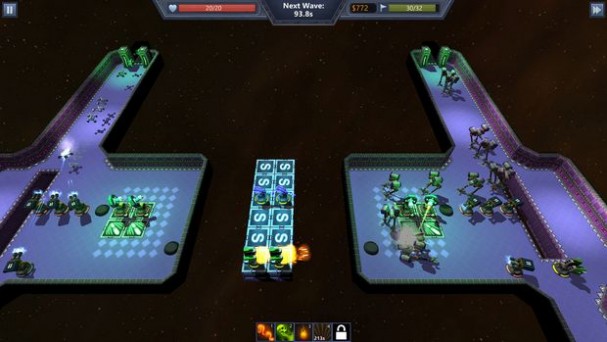 Towers available include machine gun, laser, plasma, flame, tesla and missile. Machine guns and missiles are the only towers that can target flying drones and normal cyborgs. Plasma also slows the enemy and laser towers reduce shielded enemies to dust. There is also a blocking only tower.

You achieve up to three stars for completing a level which can be used to upgrade many stats (though none are awarded on the first two tutorial levels).

Beating the game in Normal difficulty unlocks Hard difficulty where some cyborgs shield themselves. Don’t worry though, all stars earned so far and upgrades are kept in place. Once Hard is mastered then Extreme is unlocked where the cyborgs fight back and attack your towers. 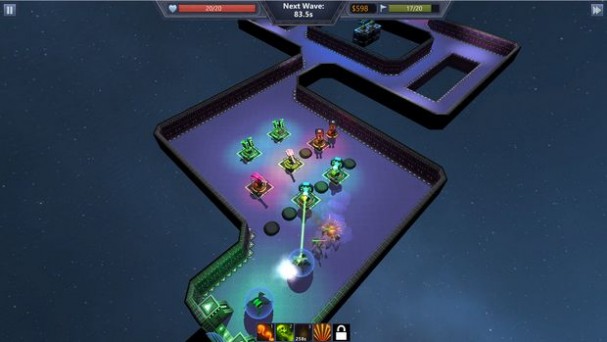