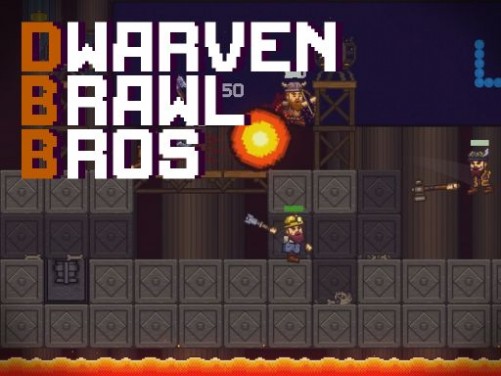 Play as a dwarf and kill your bros! DBB offers fast-paced brawling in all-vs-all, all-vs-one, and team settings with 25 weapons, 35 stages, and 23 game modes! 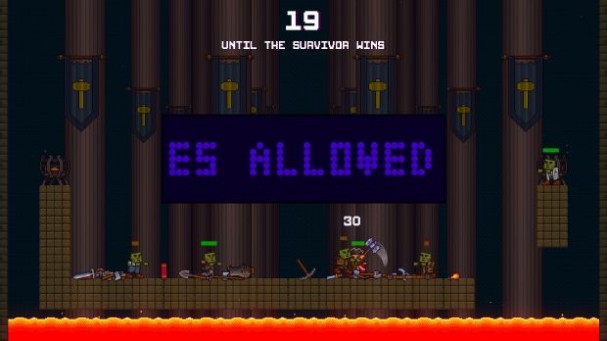 The gameplay is weapon based. Each weapon has its own pros and cons as well as three different, separate basic attacks – and a special attack to finish off your target (or weaken someone else) once you have successfully hit enough with basic attacks. Smack them from behind and push them into lava or spikes for extra damage: let the beards hit the lava in a slow-mo gorey flight! 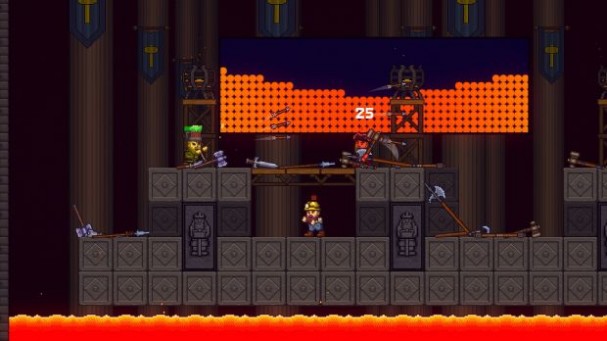