Your ammo is elemental mushrooms, there are 5 different elements of mushrooms those you collect from the ground. You create bombs with those elemental mushrooms (2 Fire, 1 Water, for example) using number keys 1 to 5. Your enemies also have elements; enemy’s element and the elements of your mushroom-bomb determine the damage you deal. For example, you deal more damage to a Fire ghost if you prepare a bomb with Water mushrooms. 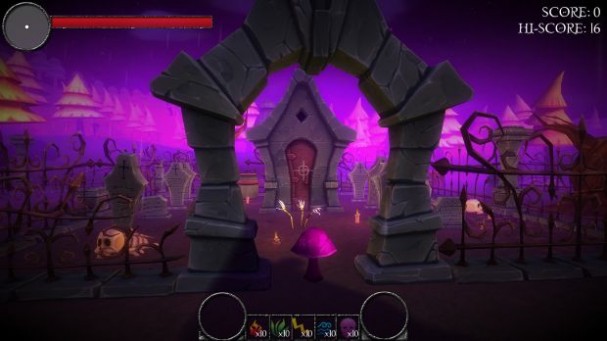 There are 2 types of enemies: Normal ghosts and liches. Normal ghosts are melee attackers, they use claws. Whereas, liches throw you stones and they are much stronger than normal ghosts.

We have 2 game modes: Waved and Survival. You fight against 10 waves of enemies in the first. Survival lasts as long as you are alive. 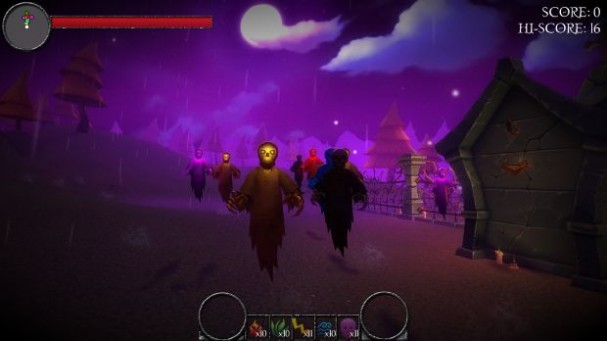 How To Install Graveyard Shift Game