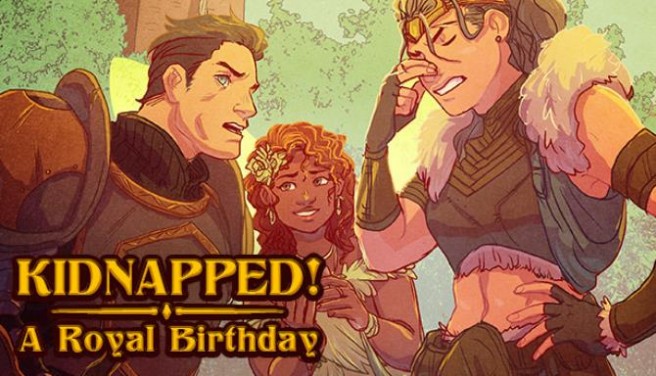 Escape your captors?and endure your rescuers, but don’t be late to the ball! When you are kidnapped, you must take charge of your rescue, and reclaim your rightful throne.

“Kidnapped! A Royal Birthday” is a 158,000-word interactive comedy by Charles Battersby, where your choices control the story. It’s entirely text-based, without graphics or sound effects, and fueled by the vast, unstoppable power of your imagination.

Conspirators have imprisoned you in a tower, and are plotting to usurp your throne. And it’s your birthday! Take command of the inept but well-intended crew sent to rescue you from your tower?a brazen knight, a snarky amazon, a cursed enchantress, and a humble peasant. Work together to escape your captors, outwitting your foes to make it back to the castle and regain your power as royal Heir.

But first: fight the three-headed chimera, the two-eyed biclops, and a horde of insatiable gnomes! (They’re surprisingly dangerous after a few drinks.) Wield swords, magic, or fight with your wits and grace. If all else fails, pummel your enemies with a chamberpot tied to a stick. 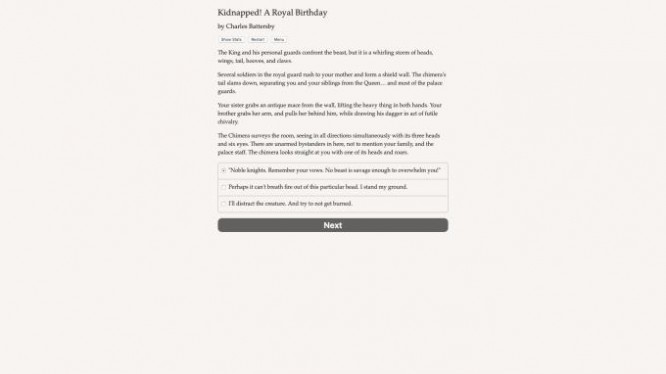 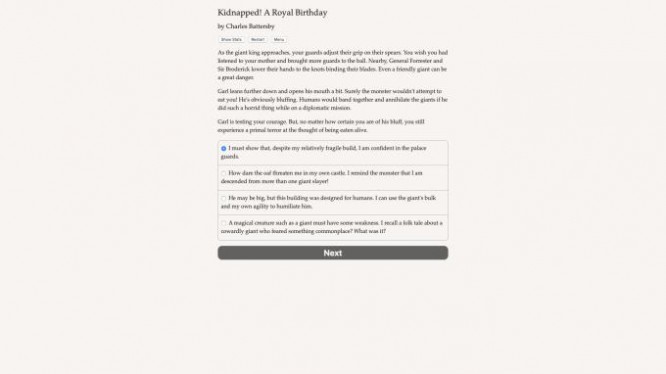 How To Install Kidnapped! A Royal Birthday Game