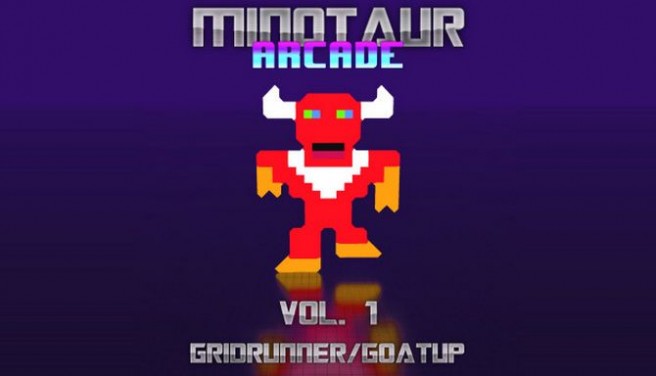 Minotaur Arcade Vol. 1 brings you two arcade-style games in a classic yet modern style. You can even play in VR to get that Tron-esque feeling of being inside an arcade game.

Gridrunner is a classic Llamasoft title that was created in the days of the Vic 20 and which has evolved across many platforms over the intervening years. This implementation strips away complexity and is an attempt to imagine what an arcade game of Gridrunner might have looked like had it been implemented on arcade hardware of the time. (Well, we do allow ourselves some modern comforts, like being able to model every pixel of the display as voxels, and that whole thing of being able to play in VR).

Simple beginnings: shoot the baddies on the grid with your little green ship. 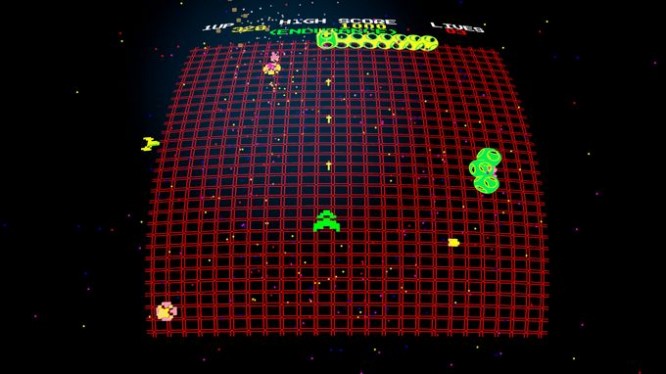 Celebrate Britain’s newfound global chumpery by blowing up the Union Jack on level 2.

The result is pure score-chasing fun. Shoot all the baddies, collect powerups to boost your own firepower to at times overwhelming superiority, blast through rack after rack dealing with increasingly tricky enemies and level geometries. Everything blows apart into scintillating smithereens the way Eugene Jarvis taught us it should.

Strawberries stream down the sphere to be smashed into their very atoms.

Collect powerups to augment your firepower to ridiculous levels.

Play in three different modes – Pure, where you begin from level 1 and try to get the highest score you can; or Endurance, where you start at the beginning and never receive any extra lives throughout the game. Alternatively use the Restart Best feature in Casual mode to allow you to begin on any level you have previously reached with your best-ever lives and score at that point. 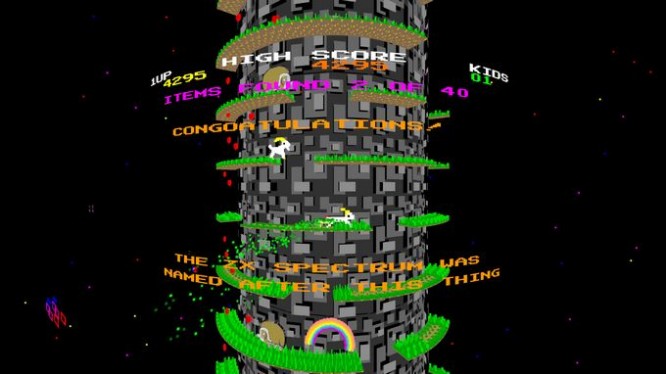