The nations of Earth were on the verge of war when the first asteroid struck. It was soon followed by a second, then a third, then more falling in a cascade of burning death and destruction. Much of the world was turned into an inhospitable wasteland by the sudden onset of impact winter. As the people of Earth set about building new floating cities to survive above the devastation, scientists studying the impacts realized that Earth had not encountered the asteroids naturally; we’d been attacked. The Orbital Defense Department (O.D.D.) was founded to protect the planet from future attacks, and to prepare a scouting mission to find out who had launched the asteroids.

In the years since the attack, O.D.D. has completed construction of humanity’s first starship and is preparing for its maiden voyage. But deep space sensors have picked up a new wave of asteroids, far larger than the first, and it’s uncertain that the starship will be ready in time. O.D.D. has deployed one of the starship’s exploration and defense drone robots, controlled by a crack team of drone operators, to hold off the asteroids and protect the cities of Earth while the starship prepares to launch. 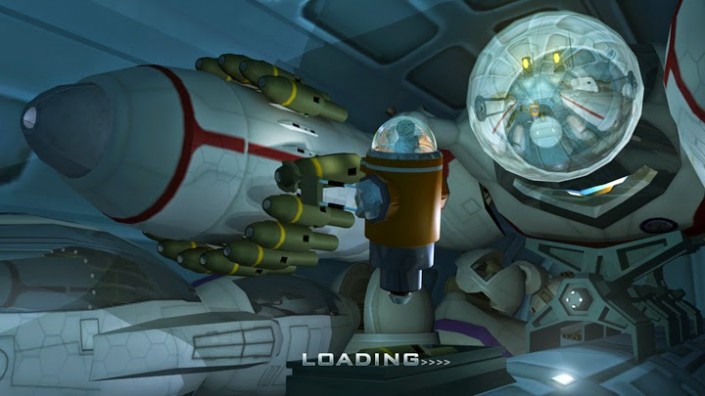 Drone vs. Asteroid Combat – Players will have access to rapid-fire railguns, target-seeking missiles, short range high-energy plasma cannons, and rocket-powered fists in their attempt to halt the asteroid attack.

Orbital Mechanics –The drone robot is in motion circling Earth, so players have to compensate for their changing position. Earth’s gravitational pull affects the player’s missiles and railgun rounds, causing them to follow shifting arcs of fire. Asteroids speed up as they approach Earth and those that appear to be near misses may curve and hit the planet, or be sent into long orbits that will bring them back around as a later threat.

Ground Force Management – Players can click on a city and, using currency earned by destroying asteroids, commission ships, submarines, aircraft, tanks, and ground installations, all equipped with railguns and/or missiles, to provide a final line of defense around high population areas.

Upgrades – Players can click on a city and, using currency earned by destroying asteroids, commission upgrades to improve the drone robot’s fighting abilities. Players can commission increased projectile speed, range, and damage for each of their weapons, as well as new sensors to make the asteroids easier to hit. Players can upgrade the capabilities of their defensive units in the same manner. Once an upgrade for the drone robot is ready it will automatically be launched to the supply pod that is in orbit, and the robot has to go obtain it. Any upgrade to a tower unit will automatically be deployed to the particular tour unit.

The Team – Players can choose a team of four drone operator characters from a selection of candidates. In addition to letting players know when important events occur (like running out of ammunition or picking up a new asteroid on the sensors) and talking back and forth as they attempt to one-up each other, the characters can provide bonuses to whatever drone robot system they’re assigned to.

Ascending Difficulty – The longer a player lasts, the more difficult the game becomes. The number of asteroids per wave increases, they begin spawning from new angles of attack, and new, more resistant types of asteroid are introduced.

Variable Play Styles – Players who balances all of NEAR ImpactTM’s elements have the potential to score higher than players who pick and choose, players have a range of options for playing the game their way. Players who dislike shooters can play NEAR ImpactTM as a tower defense game. Players who dislike tower defense can play the game purely as a shooter. Players can get through asteroid waves without changing their orbit, or they can take manual control of the drone robot’s thrusters and have to rendezvous with upgrades and ammunition. How To Install Near Impact Game