PuPaiPo Space is a colorful space shoot-em-up in which you travel from Stage to Stage in search of the legendary space pizza. Piloting your trusty spaceship, you will have to battle waves of opponents, dodge hundreds of bullets, pick sweet power ups and face powerful bosses!

Travel through 7 different stages. Jumping from one stage to another requires your space jumping engine to recharge for roughly 90 seconds. During that time you will have to defend yourself from all the opponents in the area and defeat its boss.

Controls are quite simple:

Move (up,down,left,right) and you can either Aim & Shoot or use the new experimental technology known as Auto-Shoot.

If you are in a pinch, you can also use bombs to deal massive damage and destroy any bullets in your surroundings. However, you have a limited amount of bombs, so use them wisely! 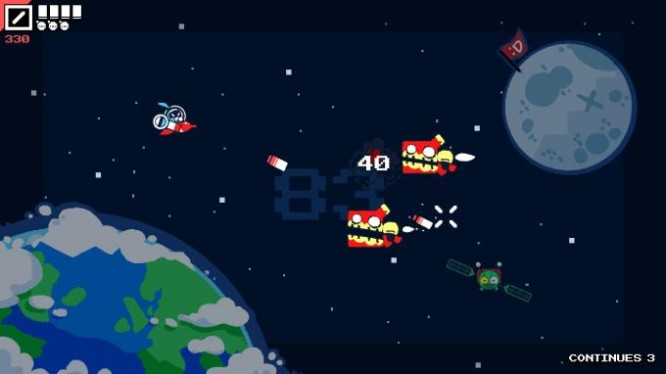 Once you beat the game in any difficulty, you will gain access to two new game modes!

Fight all the bosses in the game one after another, are you up to the task?

Survive waves and waves of opponents for as long as you can, put your piloting skills to the test! 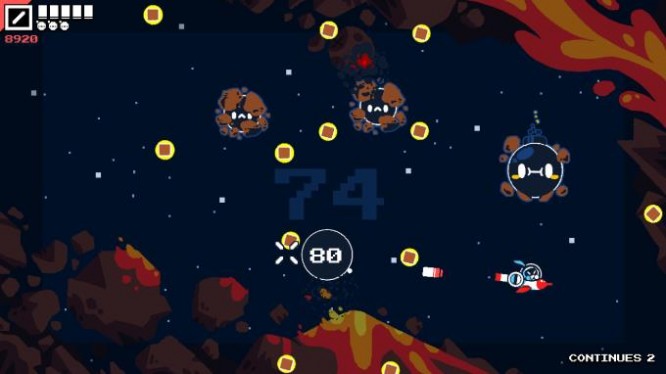