Steel Armor: Basra 86 is developed and published by Graviteam. It was released in 29 Sep, 2015.

The action takes place in a new area of ​​operations in the flood plain of the Shatt al-Arab river during the Iran-Iraq war. Two operations for Iranian and Iraqi armies, and a single mission are available to the player. Pontoon bridges, floating armored vehicles, and Iranian-produced UCAVs are widely used during the game. 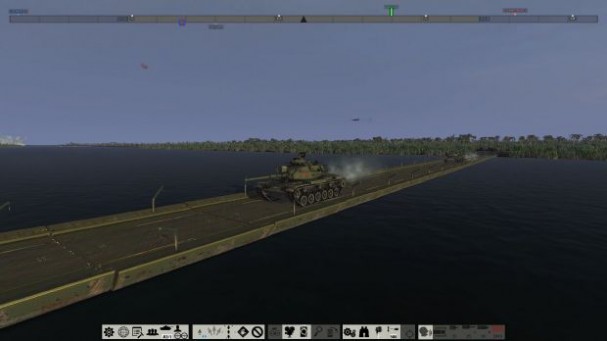 At the end of December 1986, Iranian forces launched the next operation – Karbala-4. IRGC frogmen crossed the Shatt al-Arab river and captured a number of the border islands, as well as a bridgehead on the right bank. Then, pontoon bridges were assembled across the river, which lightly armed Basij militia units of the “Prophet Muhammad” division used to cross to the right river bank and began an offensive in the general direction of Basra.