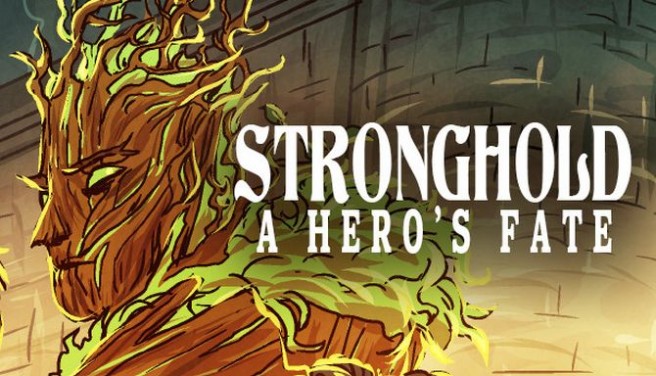 Defend your stronghold from invading monsters and lead your people to glory! Rule your territory, punish your enemies, and build your legacy in an epic fantasy tale that spans decades.

Stronghold: A Hero?s Fate is a 250,000-word interactive fantasy novel by Amy Griswold and Jo Graham, where your choices control the story. It’s entirely text-based?without graphics or sound effects?and fueled by the vast, unstoppable power of your imagination.

Monsters have plagued your valley for as long as you can remember. But if anyone can destroy them, it?s you: you?ve already killed a powerful undead lich, and your sovereign was so impressed that he gave you a town in return. As the ruler of this new settlement, you?ll fend off invading goblin armies, flesh-eating bats, and feuding warriors in your quest to build a thriving community.

Now that you have your own stronghold, will you raise an army to repel the monsters once and for all? Or will you hold power for a lifetime without ever attacking another soul? Harness your strength, cunning, and even magic to defend your citadel and help your people prosper. 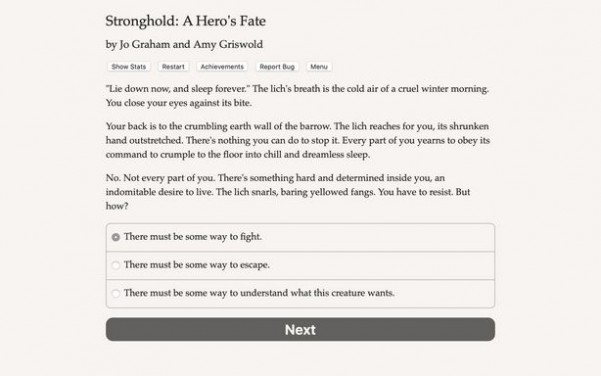 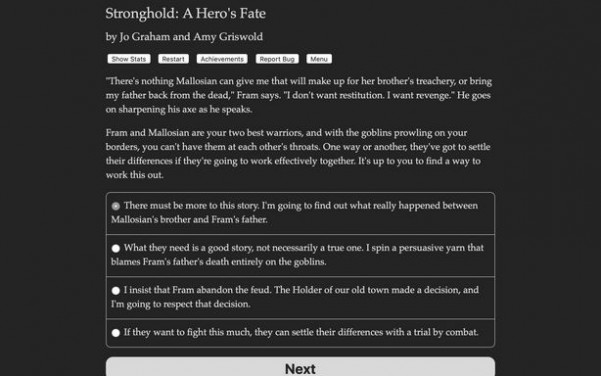 How To Install Stronghold: A Heros Fate Game