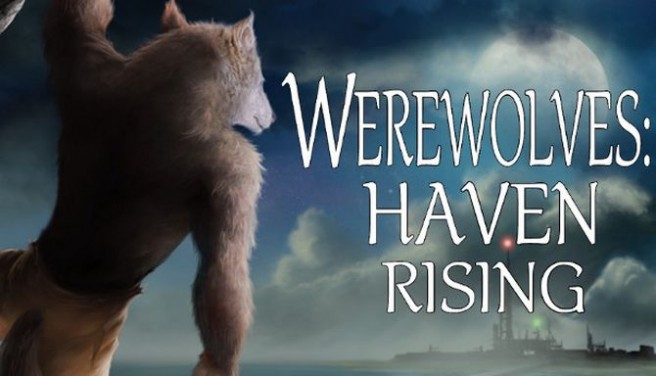 Werewolves: Haven Rising is a 285,000-word interactive novel by Jeffrey Dean, where your choices control the story. It’s entirely text-based?without graphics or sound effects?and fueled by the vast, unstoppable power of your imagination.

You are one of fifteen pups born in Haven, a government internment camp where werewolves are forced to live and work. Raised in this refuge since birth, you’ve never known the freedom of the wilds. You soon discover the elders have selected you for a mission that will put you directly into the cross-hairs of both the military and werewolf radicals alike!

You’re a new breed of lupine explorer, your hunting grounds an urban jungle of steel and concrete. When your expedition to a forbidden military base goes wrong, a startling discovery sparks an escalation of violence and tragedy that will lead your pack to the hungry maw of war. 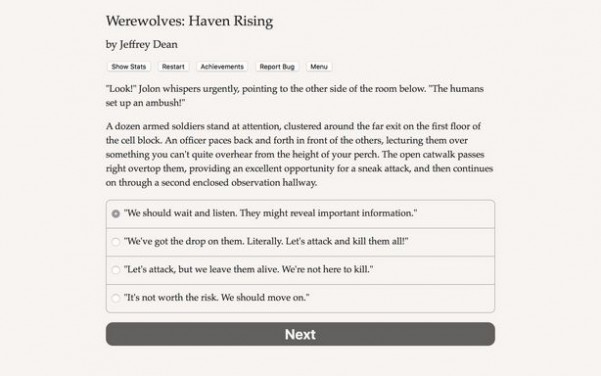 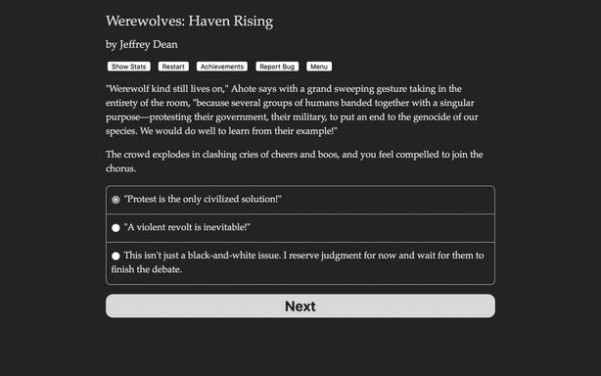